We used a combination of convenience sampling via social media and our partner organisations, and recruitment through a targeted Facebook Ad Campaign. The latter method has become increasingly popular recently in studies of health, migrants, and other ‘hard-to-reach’ populations. 66% of our respondents were recruited via the Facebook ads, which displayed the invitation to Poles living in the UK, from 27 February until 26 of March (see Figure 1). 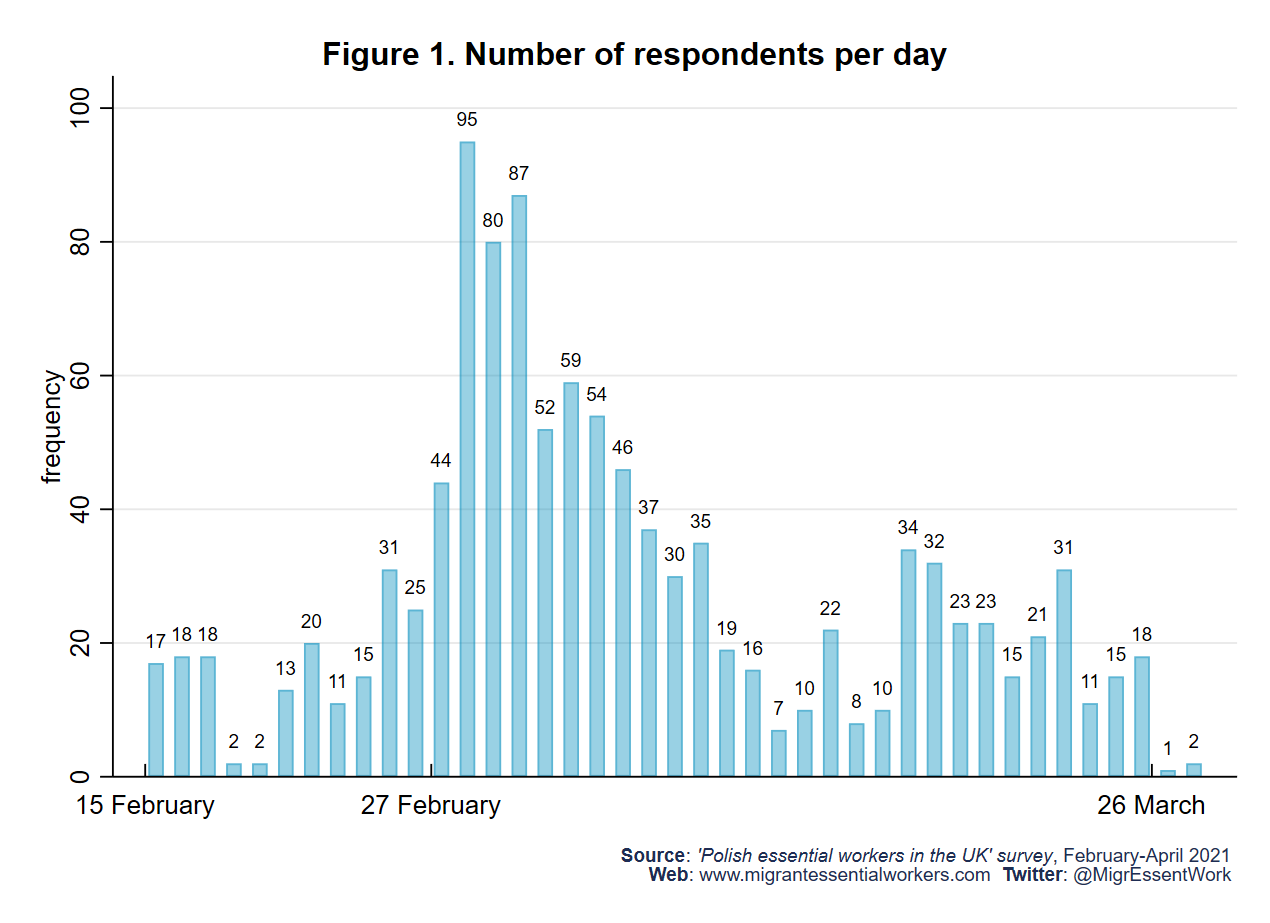 To make sure we had good representation from all over the UK, we purposefully oversampled outside England: 56% of our survey participants lived in England, 34% in Scotland, while the remaining 10% in other UK countries or Crown Dependencies. In terms of legal status in the UK, most participants had already secured settled or pre-settled status (81%) and 9% held British citizenship.

67% of our respondents identified as women, 32% as men, and 1% as non-binary (this also included responses: ‘other gender identity’ and ‘prefer not to say’). The high percentage of women might reflect the feminisation of some essential work occupations, such as health and care sectors. A comparison of age distribution by gender in our sample against the latest data from the Annual Population Survey (APS; Poles aged 18-65 N=2,218), indicates fairly similar age representation among male respondents, with our sample having more women aged 40-44, and less younger women.

It is worth noting that APS data is a year older (some Poles might have left by 2021 or ‘moved’ into older age groups) and the displayed data covers Polish migrants working in various occupations, not only those defined as ‘essential work’. More comprehensive data which we could compare our sample to will come when the Census 2021 data is collected (in Scotland) and released (England, Wales and Northern Ireland).

Future blogs will provide more detail on the sample as well as explore various impacts of Covid-19 on Polish essential workers more closely.